Each Medicare plan and insurance product we feature has been independently selected and reviewed by our editorial team in conjunction with our partners at Medicare Expert USA. If you make a purchase using the links included, Health.com may be compensated.

Why You Should Compare Medicare Part D Plans

The cost of prescription drugs can be one of the main concerns if you are a Medicare beneficiary. Fortunately, you can find help to cover the high price of medication thanks to the various Medicare Part D plans currently offered.

What Does Medicare Part D Cover?

Medicare Part D is designed to provide coverage for most prescription drugs. When choosing a plan, it's essential to look at which drugs are covered, and which are not.

Why Should You Compare Medicare Part D Plans?

There are two main reasons why a medication would not be covered by your Part D plan. Either Medicare does not approve the drug, or the drug is approved, but it is not on the plan formulary. 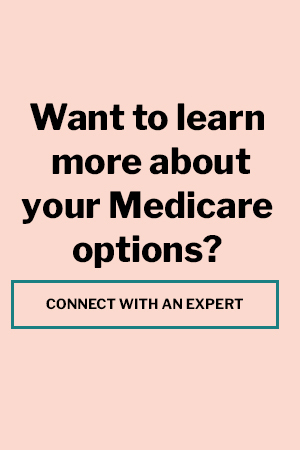 What Can You Do If You Take Non-Medicare Approved Drugs?

If your Part D plan does not cover a prescription medication you are currently taking, you can try a few things. First, you can find out if the drug is covered by Part A or Part B of Original Medicare. Under some circumstances, medication and medical treatment such as vaccines, injectable prescription drugs or drug infusions may be covered under your Medicare Part B plan or your Medicare Advantage plan.

However, some medications still aren't covered by any part of Medicare. These drugs can include the following:

Additional steps you could take include asking your doctor for substitutions or requesting a formulary exception. Sometimes Medicare will not cover the brand-name version of a drug, but it will cover a generic alternative that works the same. At the same time, if your doctor feels the medication is the only treatment that will help your condition, they can provide a written statement requesting that Medicare approves coverage for that drug.

Medicare Advantage plans and the Medicare Part D plans all have formularies. A formulary is a list of all the prescription drugs each plan covers. The contents of this list can change at any time. However, your plan will notify you of any changes before they occur.

While the formularies for each Medicare plan are different, all Medicare Part D formularies include the following:

Only the drugs covered under each Medicare plan will be listed on the formulary. Each of these formularies is divided into tiers, and each tier has a different price range.

Tier 1 includes preferred generic drugs and is generally the most affordable option with the lowest copay. In most cases, there either is no copay, or it will cost between $1 and $3.

Tier 2 includes non-preferred generics. These are the less-common generic medications that aren't prescribed as often as those in Tier 1. While they still have a low copayment, they are slightly higher than the preferred generic drugs. Prescription medication in Tier 2 often costs between $1 and $10.

Tier 3 consists of typical brand-name prescription drugs as well as some generic drugs that cost more than others. The copay for these drugs averages between $17 and $42.

Tier 4 includes non-preferred brand-name drugs as well as some non-preferred generics. Medication included in this tier has the highest copayment or coinsurance amounts. The costs can be as much as 50% of the retail price or more.

All Medicare Part D plans must meet specific requirements set in place by Medicare. They designate which drugs are included in the formularies, as well as how much the insured is expected to pay. Those enrolled in a Part D plan should expect to pay at least some of the following:

Those who are enrolled in a stand-alone Part D plan will be expected to pay a monthly premium. Therefore, it is always a good idea to check if a Medicare Advantage plan is offered in your area.

Medicare prescription drug plans can change a yearly deductible. However, a maximum amount is allowed. If your Part D plan has a deductible, you are expected to pay the full amount of your prescription costs until that deductible is met. After that, you will only be charged a coinsurance or copayment for your prescriptions for the remainder of the year.

The amount you pay for your copayment or coinsurance is based on the tier your drug falls under in the Part D formulary. It also depends on how much you and your plan have paid for prescriptions throughout the year. These are the Medicare drug plan coverage stages.

Here are more details about the four coverage stages for Medicare.

This is the deductible stage. Enrollees pay the full cost of their deductibles, which is currently set at a maximum of $445 in the year 2021.

This stage begins after the deductible has been paid. Enrollees pay a small copayment amount for their prescription drugs until they exceed a predetermined amount. For 2021, that amount is set at $4,130.

This is the coverage gap stage. During this time, users are charged a maximum of 25% of the full price for each of their prescriptions until they reach a predetermined amount. In 2021 that amount is set at $6,550.

This is the catastrophic stage. Once they reach this stage, enrollees pay no more than 5% of their total drug costs for that year.

What About the Medicare Donut Hole?

Medicare coverage stage three is also commonly referred to as the donut hole. It was given this name because, in the past, Medicare plans did not pay as much toward your prescription as they do now.

Those enrolled in a Part D plan would enter the donut hole stage after their initial coverage period ended. That means they would have to pay a higher percentage for their prescription drugs. And depending on what drugs they needed, the cost of their monthly prescriptions could end up being more than they could afford to pay.

The donut hole reduced over time and officially closed in 2019. The reason why it was finally able to close is because of these three factors:

While enrollees still must pay more during coverage stage three, the donut hole no longer exists. Therefore, those who find themselves in this stage now receive help paying for their drugs throughout the year, regardless of the price of their prescription drugs.

When enrolling in the Medicare Part D plan, it's essential to learn all the facts about what's available to you.

Different plans will cover different drugs, and you may end up paying more for the prescriptions you use every day while enrolled in one plan than you would in another. That's why it's vital to review all plan formularies and other fees by comparing Part D plans in your local area.

Maurice Draine has 17 years of experience writing in business and healthcare. Draine has also worked as a technical writer for UnitedHealthcare where he created Medicare-related policies and procedures for three years.